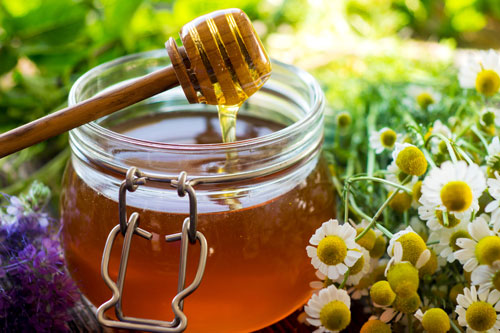 What is the definition of “raw” honey.

One of the most common questions I get is, “Is your honey raw?”  Followed many times by “If it’s raw, why is it still liquid?”

There is quite a bit of confusion as to what the definition of “raw” is, and even some beekeepers are guilty of not knowing and passing on bad information.  What makes things more difficult is that there is no concrete definition nor a clear requirement of how it can, and cannot be processed to be deemed raw.  Loosely stated, raw honey is honey that has not been heated above naturally occurring temperatures in the hive.  So what temperature is that?

During the foraging season when bees are gathering nectar to make honey, temperatures in the hive are generally around 95 F.  Heat given off by the bodies of the bees warm the hive above the outside temperature.  That in addition to fanning their wings evaporates water out of the nectar to make the moisture content of this sugar rich floral substance fall below 18%.  In this state, it does not allow bacteria, yeasts or spores to grow which could spoil the honey.   It only makes sense that if honey taken from a hive with a naturally occurring temperature of 95 F has all the delicate floral flavors and other beneficial properties intact, then storing honey or gently warming it up to that same temperature would not have any negative impact on those properties of honey!

The thing to remember is that all honey crystallizes eventually, and even honey that has been heated over 140 F, (as some commercial operations do) will eventually crystallize.

A very common item people are looking for when they ask for “raw” honey is what we refer to as “creamed honey”.   Raw honey tends to crystallize faster, and some people equate crystallization with being raw.  Creamed honey is a spreadable product that is also sometimes called “whipped”, “spun”, “set” honey, etc.  It is crystallized in a special manner to produce a creamy product with a smooth, non gritty mouth feel.  Interestingly, the original directions to make creamed honey called the Dyce Method after the man who developed it, call for heating the honey to kill wild yeasts and melt large crystals that give crystallized honey a “gritty” feel.  So, creamed honey that is heated is actually NOT raw, while liquid honey that has not been heated over hive temperature IS.  Confusing?  You bet!

I want to point out that it is not necessary to cook honey to make it into creamed honey, and V&K Creamed Honey is NOT.

Some people say honey should not have any heat applied to it above naturally occurring, or ambient temperature.  While this definitely insures that the delicate properties of honey are not destroyed, I need to point out that it does not mean these properties are damaged or destroyed if the honey is gently warmed to the “room temperature” where the honey is made- in the bee hive.  What is the difference between keeping the honey in the hive until right before bottling, and us gently warming it to that same temperature later after it has been extracted?  Is honey stored in a building in the southern states where it frequently gets up to that temperature naturally considered “unheated”?

The answer to that is- it doesn’t!  Heat is heat as far as honey is concerned, and if the bees heat it to 95 F, then us gently warming it to that same temperature so we can bottle it is really no different.

Some very small scale producers and hobbyists tout the fact that they don’t apply any heat to their honey as a marketing tool (gimmick?).  For a small producer/ hobbyist with just a few hives, extracted honey can go right in bottles and sold in a month or two while they are still in a liquid form, and this is great!  They don’t have to worry about expensive equipment or space to accurately control the temperature of the honey so the desired temperature is not exceeded.  You ARE getting raw honey from those beekeepers, and the risk that your honey has been damaged by heat is nonexistent if your supplier is legitimately not heating it at all.  But what about the sideliner/small commercial producer like myself that produces several, or even dozens of barrels of honey and needs to supply a market with the type of honey in liquid form that people want year round?  What about the customers who want liquid honey in say February after that beekeeper with a couple hives is sold out or their honey is crystallized?  Are they just out of luck and doomed to eat inferior “store honey”? Furthermore, if you buy crystallized honey because it hasn’t been heated, but you heat it to use it, are you really accomplishing anything?

The basic idea of pasteurization is to heat the product to a temperature to kill pathogens, molds, and yeast that make people sick or spoil the product.  We’ve all heard about the natural antibacterial properties of honey.  It’s not really necessary to heat it to kill pathogens at all,  and there are delicate floral flavors, enzymes, phytochemicals, antioxidants and nutrients that can be degraded or destroyed by heating honey to too high a temperature.

Back in the summer of 1864, a French chemist named Louis Pasteur (whose name was adopted for the process called Pasteurization), found that heating wine to a specific temperature killed microbes that caused it to sour thereby protecting the quality and taste of the product.  This works great for some foods, but destroys many others- like honey.

There is a rare strain of botulism (Clostridium botulinum) that can survive in honey but only in a dormant state.  This bacteria can cause illness in children under 6 months to a year of age.  After this age, the spores cannot survive in the digestive system of humans and are no longer a problem.   The possibility of this being present in honey is why they recommend you not give infants honey before they are 1 year old.  So one would assume that honey is being heated to kill this bacteria, right?  Well, the bad news is that the temperature needed to kill these spores is actually in the range of 250 F and it must be done in a pressure cooker so it doesn’t have to remain at that temperature for hours.  Commercial processors only heat the honey somewhere in the range of 120-170 F, not nearly long enough to kill this pathogen.

So why is commercial honey that we get at the stores heated and filtered?  If honey is antibacterial, and the only pathogen able to even survive in honey can’t be killed with standard practices used in the honey industry, why is it done at all?

The American consumer on average, just does not like crystallized honey!  In fact, most people in the US think the honey has “gone bad” if it starts to crystallize!  In response to this, large commercial honey producers found a way to slow down the process of crystallization so the product looks clear and pretty on the shelf for a longer period of time.  The essence of the process is filtering it through media that is fine enough to remove all but the tiniest particles in the honey-  sometimes down to smaller than 10 microns.  Particles suspended in a solution accelerate the crystallization process by giving the sugar in the honey something to start the crystallizing process on.  A seed to grow on, if you will.  Filtering removes almost all pollen from honey, while straining by gravity through a sieve with a mesh large enough to allow pollen through, or not straining at all, does not.  In order to lower viscosity and get it to flow through the filters at a faster rate, heating is necessary.  Heating as well as filtering out as much of those particles can significantly delay crystallization.  Unfortunately, many people want this pollen in their honey and also that it not be heated to temperatures that destroy the benefits of having it there.

The standard of honey being stable and not fermenting or spoiling comes from its low moisture content.  Normally bees heat the nectar they gather and evaporate the moisture out of it by fanning their wings to get it down to below 18% moisture content.  When it reaches this stable condition, the bees use wax secreted from their abdomens to cover each cell and seal it off.  Sometimes, the beekeeper removing that honey before it is “cured” and capped, means that the moisture content can be somewhere higher than 18%.  If the moisture content of honey exceeds 18%, bacteria and yeasts can grow and multiply, ruining the taste and smell of the honey. In low moisture honey, yeast can remain, but only in dormant state. Heating over 160 F kills bacteria and yeast so that spoilage is stopped.  However, if the underlying problem of high moisture isn’t solved, there are  wild yeasts and bacteria floating on particles of dust in our homes that will reinoculate the honey again. There are many ways to reduce moisture in honey before and after extraction that I won’t get into, but suffice it to say that proper moisture content is (in my opinion) the correct way to make sure the honey doesn’t spoil instead of temporarily killing anything that is in it, along with the flavor and other beneficial and nutritional components.

I hope this answered all of your questions regarding what raw honey is.

If you have never tasted raw honey before, you really need to try it!   You will definitely notice a difference in the flavor!  I’d be happy to provide you with a sample if you stop by a market where I’m a vendor, or contact me to make other arrangements to try it. 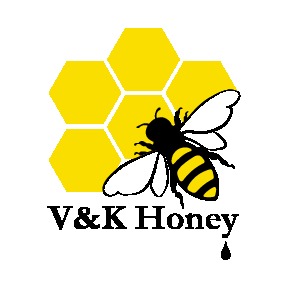